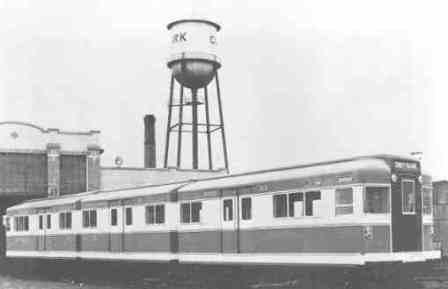 The Blue Bird order was cut to just five train sets out of an original order of 50. Though these three-section cars were more advanced than the other cars in the BMT fleet, they came at the wrong time when elevated lines were being removed from New York City.

The Blue Birds saw service on a limited number of lines until they were scrapped in 1956-57.

No cars were saved from this unique series. This leaves PCC #1000 as the only surviving Clark-built car.


This page was last updated by Evan Jennings on July 24, 2014.
Photo credits: 1) Subway Cars of the BMT, James Clifford Greller