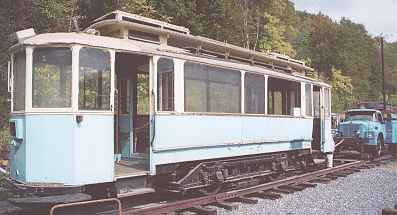 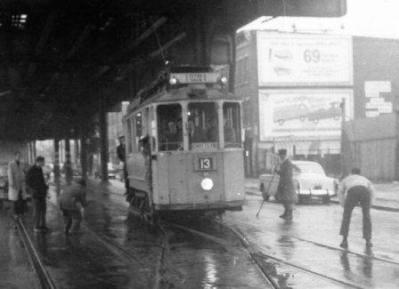 It is typical of continental Eu­ro­pean trolleys, many of which to this day are single truck and double ended. It was heavily built in order to pull trains of up to three cars.

Car 79 last operated in 1962 on the South Brooklyn Railway which still had an energized section of trolley wire. Shortly after that time the car went to the Eda­ville Railroad. In 1987 Eda­ville no longer needed the car, so TMNY acquired it and moved it to Kingston.