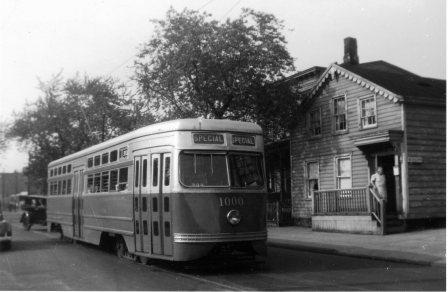 1000 is an air-electric PCC trolley car, built in 1936 by Clark Equipment. This car was operated by the Brooklyn and Queens Transit company. It is a prototype of the Presidents Conference Committee (PCC) series of cars. It is the only PCC streetcar ever built by Clark, even though Clark got the contract to build all PCC wheelsets (trucks).

Clark did later make a few Blue Bird PCC-based transit cars for New York City, but none of the Blue Birds were saved. 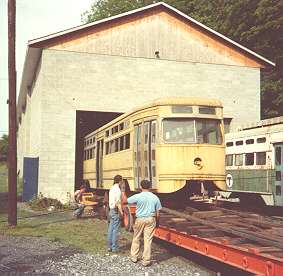 No. 1000 has some unique features compared to other PCC cars. It has an aluminum body (all other PCCs are steel). It has standee windows, which didn't appear in other PCC cars until the mid 1940's.

Car 1000 was in an accident in the 1940's, at which point it was fitted with a steel front from a scrapped St. Louis built PCC car.

Due to the car's historic significance, in 2013 it was listed on the New York State Register of Historic Places. In 2014, the Tom E. Dailey Foundation granted $1000 to the car's continuing restoration.

Here are some before and after shots of the restoration of the center door stepwell. 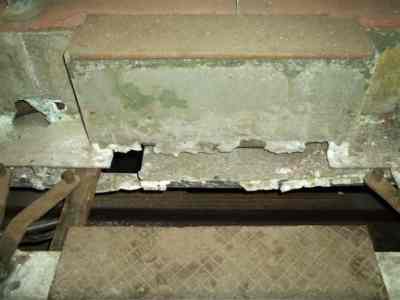 Here you can see how corroded the stairwell is 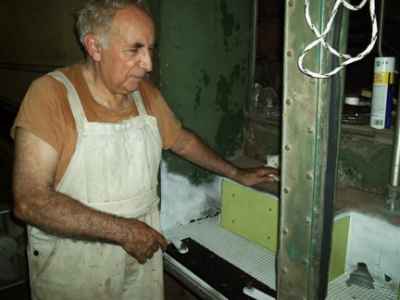 Mike Hanna shows work on the left side 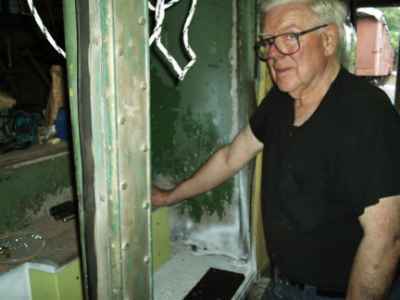 Don McClatchey on the right side of the steps 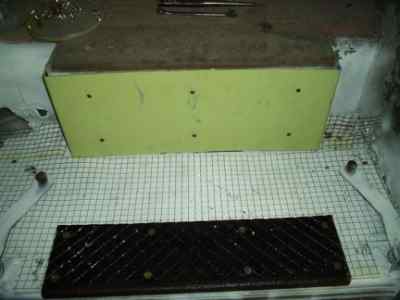 It is about 70 percent complete at this point

Mike will make up three more angle pieces to go on each corner and the center of the stairwell. Don is cutting two pieces of angle to mount against the bottom plate and the steps for extra support. Once this is complete we can replace the cement. 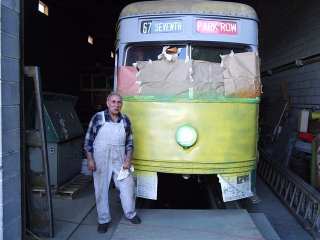 Here, paint is tested on the car