Car 143 is a model PA-1 commuter car built in 1965 by the St. Louis Car Company. It is one of two cars out of a seven car train that survived the terrorist attacks of September 11th, 2001.

143 is the only one of 162 PA-1 cars manufactured that remains today. The car body is of painted aluminum. The car is a "C" unit, one of 52 units built with no cab compartment and no engineer controls. 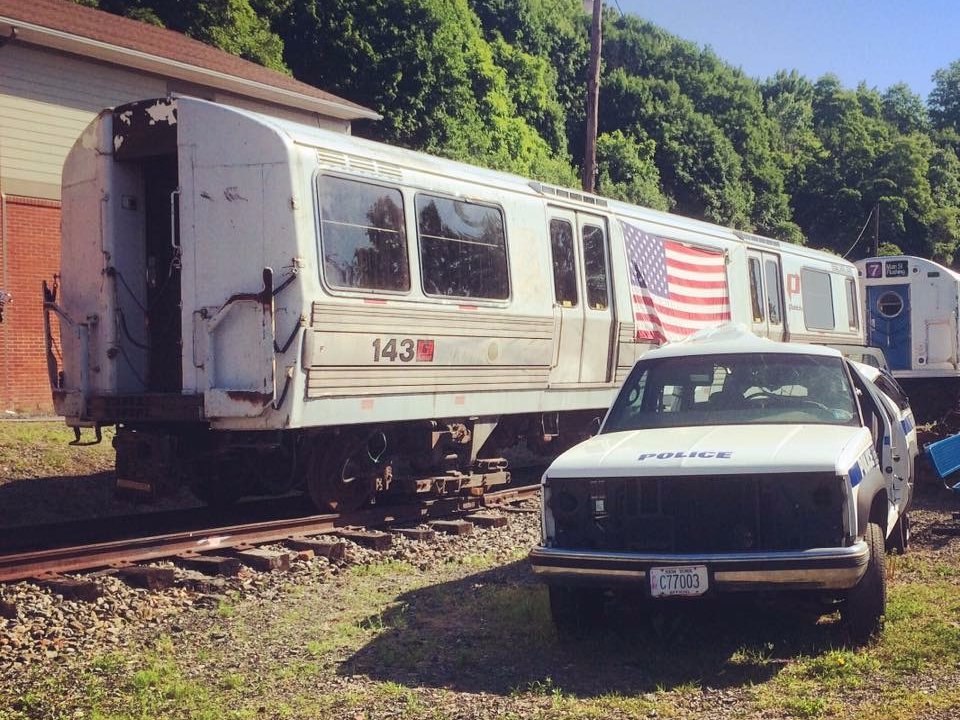 143 was the second car on the seven car train. The remaining five cars coupled behind it were flattened by debris from the falling World Trade Center twin towers.

Along with 143, car no. 745, a model PA-3 communiter car built by Hawker-Siddely in 1972 and was the first car of the seven car train, also survived the 9/11 attacks and is currently on display at the Shore Line Trolley Museum in East Haven, Connecticut.

143 spent several years at an airport hangar at John F. Kennedy International Airport. Originally, 143 and sister car PA-3 no. 745 were to be part of the 9/11 Museum in Lower Manhattan, but the cars were determined to be too large to fit into the museum.

Car 143 was graciously donated to us by the Port Authority of New York and New Jersey and arrived onto our museum property in December 2015. Our plans for car 143 include building a memorial wing around it and the rest of our 9/11 artifacts within the museum grounds.